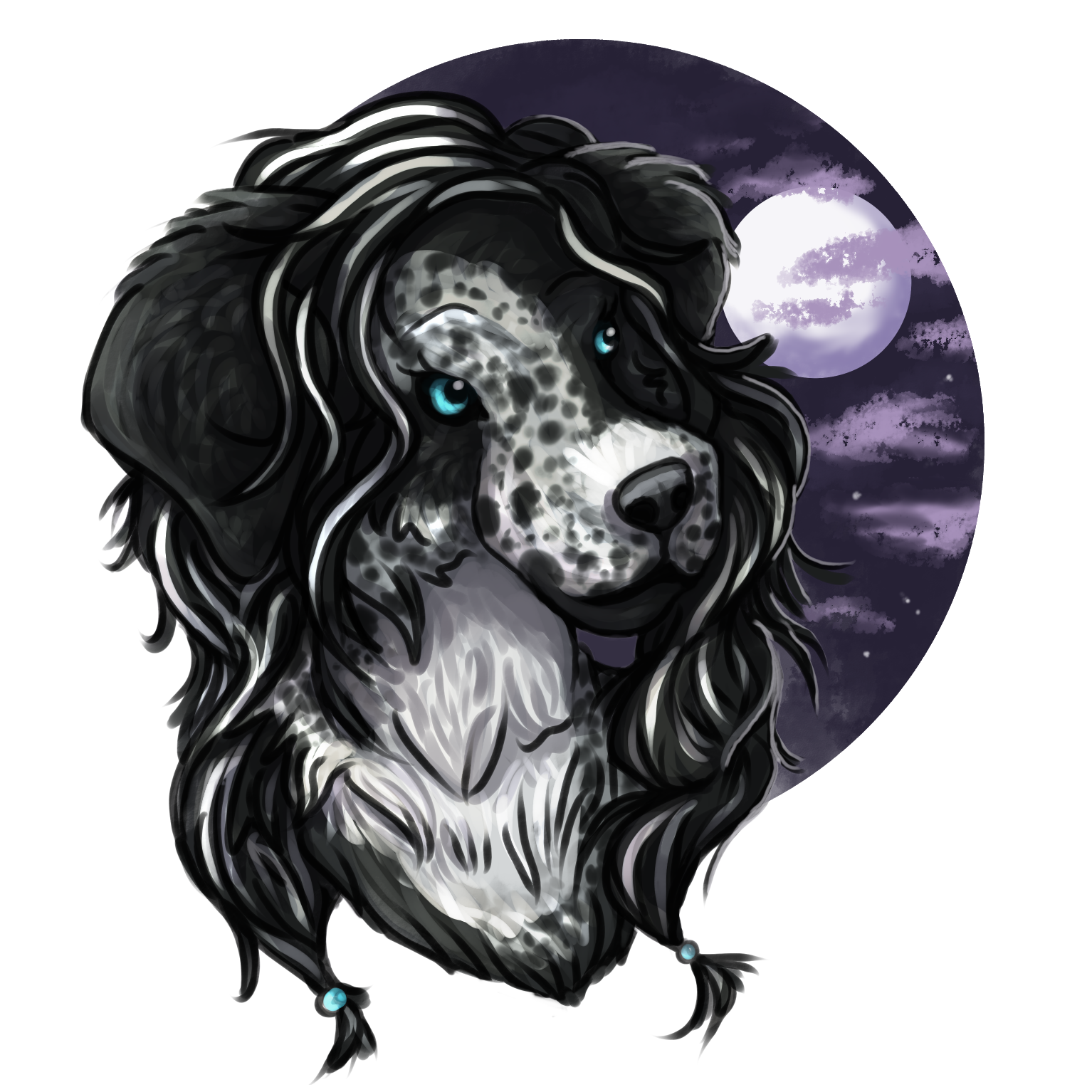 While Ere has a great love for her family she considers herself determined and capable enough of taking care of herself - despite others disagreeing. Whilst exhibiting the physical energy of her breeds, she's an introvert and highly sensitive to the moods of others which means she detaches herself from friends and family frequently to recover mental and emotional energy. At times Erebel's emotions may explode rather than trickle out of her - she can go from nought to sixty in a few seconds when she's particularly tired, which might make her difficult to predict.

A night owl, Ere finds it easiest to think under the gentle glow of the moon and stars. She has a strong imagination which sometimes makes the real world seem bittersweet. At times Erebel's mind wanders - and at times her paws wander, too, usually when the world begins to darken.

Erebel has a pair of goats: a billy and a nanny.

The Fall of Caledonia

As Caledonia fell Erebel went into battle with her Gramma. Having arranged it with her siblings earlier - and seeing that Rhavan wasn't gaining the upper hand in the fight - Erebel urged the older woman to withdraw from the battle with her - rescuing a pair of goats on the way.

After ensuring Rhavan's safety and telling her to rest, Erebel returned to the site of their old home only to find that the fight had ended. Stumbling upon deceased relatives, Erebel went into a sort of daze. She wandered aimlessly away from the remains of her Clan.

Rhavan found her wandering great-granddaughter (and the goats) and Erebel promised to assist her Gramma in finding a new home.

Since Arriving in 'Souls