Eindride "Endre" Stígandr is a wolfdog born and raised in the mountainous countryside of Dovrefjell, Norway. He spent the majority of his life alone, resulting in an extreme case of wanderlust that caused him to journey overseas to Nova Scottia to seek his fortune. Once he had scraped up the suffucient knowledge and currency to leave Dovre Endre departed without a second glance, eager to see the world for himself. With Aska and Olin in tow, the hybrid set out alone, eager to see the world for himself. He had heard rumors of a pack named Vinátta during his travels, a clan with Scandinavian roots that seemed to suit him perfectly, but found nothing but the remnants of a disbanded settlement upon his arrival.

Undiscouraged, the wolfdog continued his journey onwards, hoping to find a place to call his own. 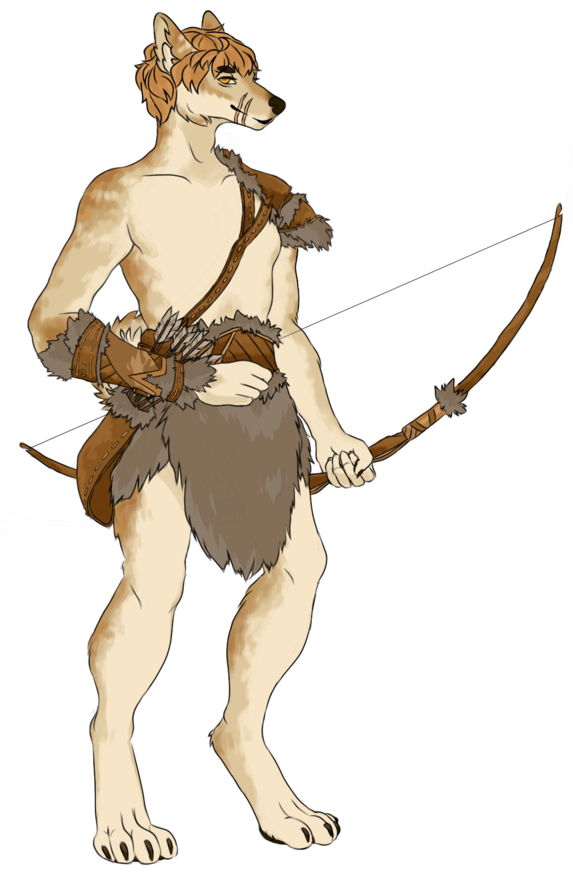 Endre is quite the oddity. With his slightly drooping eyes and faint, ever-present smile, the wolfdog gives off an unsettling feeling of knowing something they don’t to most who encounter him.

Growing up alone in the secluded countryside of Dovrefjell has made him rather oblivious (and, unsurprisingly, immune) to most social taboos. He lacks a functioning head-to-mouth filter and oftentimes makes blunt comments or observations without hesitation due to his poor social awareness. When this particular trait is paired up with his inquisitive nature, disasters are bound to (and do) happen. He arguably feels most at home when he is deep within the wilderness, finding a sense of familiarity in the silence.

Though he is oftentimes written off as a ditzy or dim-witted individual because of his sleepy-eyed appearance or manner of speech, this is far from the case. While not exactly savvy in social situations, Endre has a sharp eye and an even sharper wit. He is fully aware of his weaknesses and often plays them up in what he perceives as potentially costly encounters, knowing that most will overlook the mistakes of a simple-minded foreigner.

His mild expression hardens when he picks up his bow, turning into a hard-set mask. This is one of the only times when his faint smile will disappear.

Follows Norse paganism and was educated on the matter by his mother, a vǫlva. He was taught various rites and rituals as a child, though he was forbidden to practice them publicly due to his gender. Because of the fear installed in him from a young age, Endre keeps his religion a tightly-guarded secret.

Eindride "Endre" Stígandr was born and raised in the mountainous countryside of Dovre, Norway. He was the result of an affair between Fárbauti Alvaldr, the head of a nomadic hunting tribe of wolves, and Ingvild Stígandr,a native vǫlva, both whom neither expected nor planned his arrival. Unlike Fárbauti, however, Ingvald was not opposed to the idea of a child -- she fled the company of the tribe upon realizing her pregnancy, knowing the father of her unborn baby would not want a bastard child to live.

For the first six months of his life Endre was raised by his mother, an avid practitioner of sorcery, in the secluded mountainside of Dovrefjell. Though males were traditionally forbidden from learning the craft by societal taboos Ingrid routinely bent the rules, often disregarding them entirely in favor of passing her knowledge onto her firstborn. Endre's first memories are of hushed incantations and rites, of offerings made of blood and bone alike. Of course, due to the nature of his gender Endre was instructed to keep the subject of their little lessons a tightly-guarded secret from a young age.

Their little pocket of peace did not last long; Fárbauti, hearing the rumors of a volva and her child residing in Dovrefjell, sent a scout from his tribe to investigate the truth of the matter. Upon sighting the two he attacked, leaving Endre with two gashes down his muzzle and his mother mortally wounded. Ingvald, desperate to keep Endre alive, threatened to bring the fury of the gods upon the man if he were to harm her son. She offered him an out -- the scout would return with evidence of her death, dismissing Endre's existence as a stray rumor. The man hesitantly obliged, fearing the wrath of the gods over that of Fárbauti's.

The next months of Endre’s life he would spend alone, without the presence of another luperci to guide his growing years. Aska, his mother’s falcon, practically raised him herself; what he did not learn from her, he picked up either from passing traders or the few neighbors that would bother to visit his secluded home. Though not exactly unhappy, he was struck with a constant throbbing loneliness that would not fade with time nor distraction. Once he had scraped up the suffucient knowledge and currency to leave Dovre, Endre departed without a glance backwards. With Aska and Olin -- a Fjord stallion Endre had acquired some months previously -- in tow, the hybrid set out alone, eager to see the world for himself. He had heard rumors of a pack named Vinátta during his travels, a clan with Scandinavian roots that seemed to suit him perfectly, but found nothing but the remnants of a disbanded settlement upon his arrival. Undiscouraged, the wolfdog continued his journey onwards, hoping to find a place to call his own.