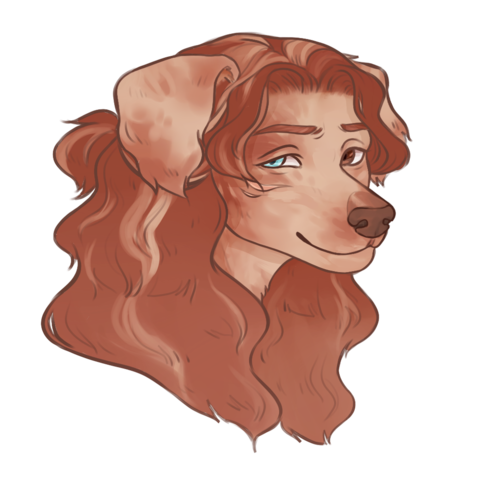 Eleos Cuvetier is a loner currently wandering the backroads of Nova Scotia, always on the prowl for new opportunities for wealth to present themselves to her.

Sweet-tempered, naive, enthusiastic, if a bit simple. Eager to please.

Something almost always seems a bit ‘‘off’’ with the dark cant of her eyes.

Much like her personality, Eleos' past is one shrouded in mystery. Even the woman herself knows little of her own origins; she remembers nothing of her early childhood other than the stories her mother spun her about a little coastal city in France and her absentee father before she would pass away from an untimely illness.

As a youth Eleos grew up dirt-poor, scrapping alongside other street urchins on the outskirts of nameless port cities. She made good use of her youthful face and delicate features to rob what good Samaritans extended their hands out to her, banding up with fellow orphans and low-lives to make ends meet. Their little troupe quickly expanded in numbers as she grew older; Eleos slowly but surely emerged as the ringleader of the group, more often than not acting as the bait required to pull off more elaborate heists.

Still she was not satisfied with what stolen riches she had accumulated over the years. Unlike her fellow bandits, Eleos' greed was bottomless.

It was at around this time that a mysterious woman would come into her life, pulling her from a particularly sticky situation with a a proposition: she would supply the information and Eleos would strike, with them divying up the profits. Sensing a time of change was at hand, Eleos quickly roused her right-hand man Krause to action; the pair stole away every opportunity they saw, taking and storing the most extravagant loot into a hidden stash in preparation for when the perfect chance would arise.

By the time the rest of the troupe sensed something was amiss, they were already long gone.