This adoptable currently has no design. Instead, a "placeholder" or "possible face claim" has been provided for inspiration, but you are free to keep it if you wish. You are free to adopt solely the template provided here and instead slot in a character design of your own or adopted from another. The image was sourced from Pexels. 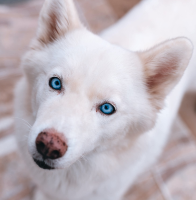 This character is a product of their surroundings, and is ignorant of a world where backstabbing and a dictatorial hand aren't the norm. They were raised in a place full of politicking and manipulation, either used as a pawn or groomed to become a future manipulator themselves. They have a cold, calculated and ruthless streak, but it's very much done out of reluctance and they're seeking to become a better person. Though frigid at first, they genuinely want to open up to people and be warm, but don't know how to act or function outside a cruel society. Jaded and cynical but honorable, they wish to aid the world and protect others, but may use less-than-scrupulous methods to defend their people and achieve their goals.

This character, if they had a D&D alignment, would be Lawful Evil. From most to least importantly, they believe that they:

In regards to their behavior and their alignment, they will, from most to least likely:

This character was raised in an environment full of power play and hidden motives. Their family or pack was as complex in their dynamics as the ancient Chinese royalty, the Tudors, or the Borgias were. They couldn't trust many except close family or friends, and still they were a pawn in others' games. They try to play the game, have control over their family/social group and be cold and methodical, but they struggle. Their heart's not into it, and they use their ruthlessness to protect the next generation. Any mates or peers are treated with suspicion; children, pupil figures, and youngsters are treasured and loved. They may stay in dysfunctional relationships out of a sense of honor and "eventually doing right", or may dedicate themselves to a single life if they aren't asexual/aromantic.

There are a number of open territories you can use as a place of origin for this character, or create backstory and ties to. Good examples for this particular character include Algiers, Beirut, London, or Rome. The on-board settlement of Freetown may also be a good option.