This adoptable currently has no design. Instead, a "placeholder" or "possible face claim" has been provided for inspiration, but you are free to keep it if you wish. You are free to adopt solely the template provided here and instead slot in a character design of your own or adopted from another. The image was sourced from Pixabay. 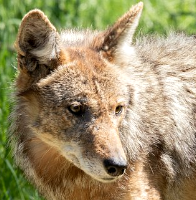 This character is the lone ear hearing a voice crying out in the night. They see suffering in darkness and feel the pain of the downtrodden, and can't stand how the world sits by and lets bad things happen. They are a justice-seeker who've taken the law into their own hands, carrying out vigilante acts with varying degrees of success. They are daring, brash and bold, but care closely for their kith and kin and seek to keep them out of harm's way. They are sometimes a little too driven and hotheaded when it comes to wrongdoing, and more than once has their ego compromised their own life or freedom. They can fall into black and white thinking, and may be biased towards anyone they consider "wronged", feeling even mistakes are worth it in the end. They are the kind to act first and apologize later.

This character, if they had a D&D alignment, would be Chaotic Good. From most to least importantly, they believe that they:

In regards to their behavior and their alignment, they will, from most to least likely:

This character is estranged from their mother and possibly other female family members. For most of their life, they were raised or primarily taken care of by a male figure, whether it be a tutor, a grandfather, their father, or some other male friend or family member. They value all genders equally, but may be accidentally sexist or biased and awkward around women or female-identifying individuals. They may struggle with keeping friendships and relationships due to their impulsive, brash and black-and-white thinking, but those they do keep are valued and treated like gold. Their empathy is enormous, and they may end up with many acquaintances, especially fitting in with like-minded individuals. They can be jealous and envious, and wouldn't do well with being in a polygamous or open relationship or with friends who remind them of their shortcomings. They are still learning to balance their ego with the feelings of others, but value enough the connections they make to work with others to compromise and work towards a goal.

There are a number of open territories you can use as a place of origin for this character, or create backstory and ties to. Good examples for this particular character include Algiers, Barcelona, Berlin, or Yváypa. The on-board settlement of Freetown may also be a good option.