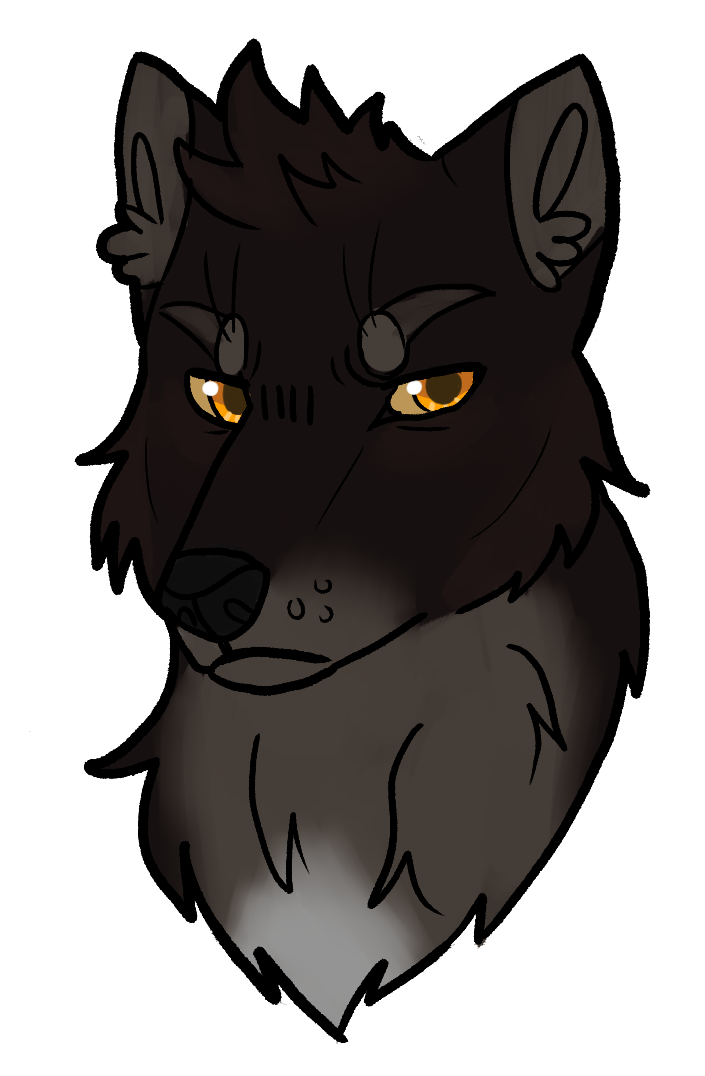 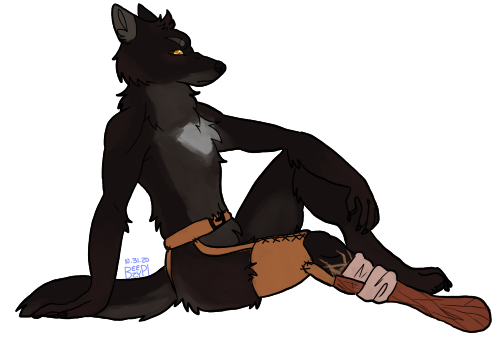 The Proudfoot family, a family of primarily wolven Luperci, once originated across the sea in England. Several generations past, members travelled across the pond and landed in what was once New England in North America. They settled around the Portland area and made their homes there, gradually developing the family blacksmithing trade. The family expanded to other trades, such as leather- and woodworking, and made their livelihoods by offering up goods that they made. Although perhaps not the most well-known or prolific family in Portland, they chalked out a living there and did what they could to survive.

Crowell Proudfoot was born to a wolf father, Remus, and a wolfdog mother, Cecilia. Crow, as he is affectionately called, was first in a litter of three others: two brothers and a sister named John, Lancey, and Sibil. Being the first-born and oldest brother, he felt as if he had a reputation to maintain. He must be a good role-model for his siblings, he must take on the family business, he must be good and just as to not damage his family name. This went all well and good, and his puphood was relatively uneventful, filled with a beginning education, rudimentary introductions to the family trade, and training in hunting and battle, until he made a mistake that has haunted him ever since.

Remus and his brother went on a hunting party with other members of the town, aiming to bring down a large black bear that had been plaguing the town for a matter of days. Crowell, desperate to prove himself in the eyes of his father and his community, snuck out of his mother’s gaze and went after them. He could help bring down a bear. Most certainly, he could. He hadn’t quite mastered the art of shifting yet, but no matter! He was a skilled fighter even at his age, there was no way this could go wrong. Crow followed after the small hunting party, using the best stealthing skills he could muster as they made their way to where the bear was last seen. The bear was located quickly and drawn out by the wolves in their Secui forms. Crow watched and waited for the perfect time to launch his attack as well, springing into the fray once he noticed an opening. The bear, thrown into a frenzied fear-rage, took this flash of movement as a time to strike and clamped down on the pup's leg with a mouth of monstrous teeth. It caught Crow on the right hind leg, leaving the limb a bloodied, mangled mess almost immediately. This was the precise moment when he realized that he had made a grave mistake.

The next hours were a haze. The bear was dispatched, the pup gathered carefully in paternal arms, and rushed to the nearest healer as fast as two legs could carry a being. Crowell didn’t remember much after this, eventually finding himself wake up in a fur-lined nest. His leg was nothing but a bloodied stump, cauterized to stop the bleeding and bound as best as a Luperci could.

Thus began his new way of life. He adjusted to walking on three legs fairly quickly, although his demeanor had shifted to one of brooding bitterness with a touch of self-loathing. His family treated him gently, as if he were the most fragile thing in the world, triggering bouts of foul temper and frustration. When he was old enough to properly shift, things became more of an issue. First, Crow was fashioned a crude crutch so he could walk in his Optime form, although this quickly became a problem as he needed use of both hands to get his blacksmith training underway. Crow was something of a tinkerer, possessing a keen mind and inventive imagination, so with his family’s help, he begun the process of crafting his first fake leg. It was, to say the least, impressive, a fairly masterful concoction of wood and leather that ultimately helped him greatly with mobility. It took getting used to, of course, and it had to be adjusted as he grew, and he couldn’t be on his feet for extended periods of time...but it was something. Something to ease his guilt and anger about his situation. The leg wasn’t perfect by any means and it often--and still does--irritate him in the way it shifts in place, but it’s better than nothing.

Being in Portland became something of a hardship for Crowell. It reminded him too much of his mistakes and his burdens, so, as his first year birth date neared, he decided it would be best if he left. He had heard of a place further north called ‘Souls, more specifically of a pack known as Casa di Cavalieri. There were members of this pack milling around in Portland for some time, running a trading outpost. They were kind enough to give him directions. When Crowell’s first year anniversary rolled around, he was gifted with a traveling pack, a set of blacksmithing tools, and a hearty farewell from his family. Despite his age, he had more than proved himself a capable young man in spite of his injuries and his family had no doubt he would be able to handle himself. He left Portland soon after and headed north to find the Casa he had heard about, making the journey in a little over a week’s time.