Cora Cormier is the youngest daughter of Milos Parhelion and Eliza Cormier, born alongside Percival Parhelion and Daisy Parhelion on March 1st 2018.
In mid-2019 Cora and several relatives left Nova Scotia for the serenity of Portland. Along the way, though, Cora had a change of mind. Wanting to be with her littermates, she turned back, heading for 'Souls and joining them in New Caledonia. 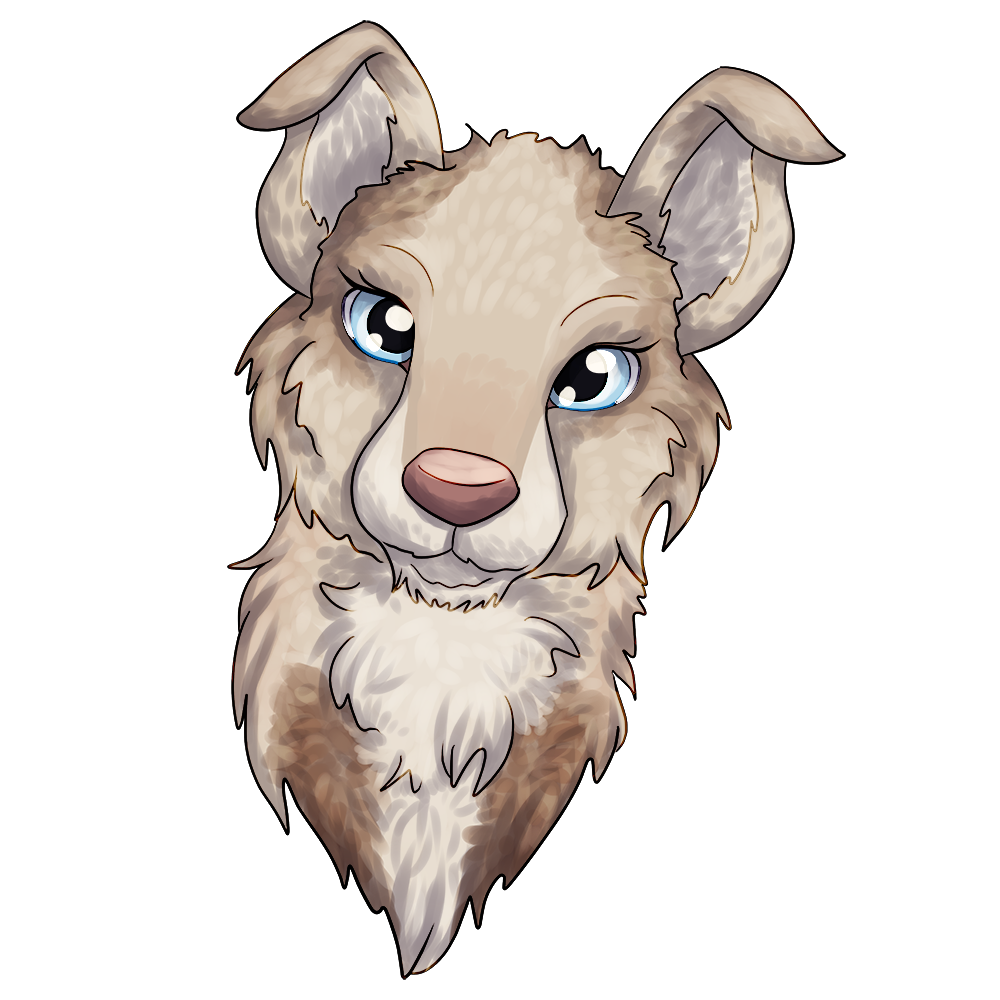 Having grown up surrounded by family and the security of Krokar, puppy Cora grew to be bold and bright, but not quite as rough-and-tumble as her elder sister. Cora still has something of Milos's sweeter side, though she looks up to both her parents. Since the destruction of her birth pack Cora has grown in spirit and self-reliance. She's taken on some aspects of Eliza's firecracker personality and finds herself throwing caution to the wind in her actions and pursuits perhaps moreso than her younger self promised.