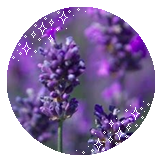 Colter is a relaxed, kind, easy-going kid...at least, outwardly. He struggles a lot with inward anxiety to the point of paranoia, which he fights to keep down. His hands fidget near-constantly, twitching, worried, yet his smile remains easy and charming. If it's not his hands, it's his ears or tail. Colt can be a bit distant if he's stuck in his worries but Colt is much more of a "people person" than his littermate Bennett. He dotes on and looks up to his older sisters but is stuck between what the family wants from him and his desire to see more of the world, like Belinda. Colt is a deeply closeted bisexual, something he discovered when he was a teen, and it clashes horribly with his heavily religious upbringing.

Colter is Chaotic Good. Colt cares deeply about other people and has a desire to do some good in the world, but his generally fun-loving, carefree nature conflicts with his more structured upbringing. Outwardly, Colter is polite, kind, and gentle, with a confident gait that hides the nervous fidgeting of his slender hands.

Colt is naturally charming and handsome and has had a share of secret flings, including those with other males. He has a fairly high libido and is absolutely terrified of what will happen if his dirty secret comes out. Colter also experiments with tobacco and marijuana.

Like his littermates Bennett, Bernadette, and Florene, Colter had an easy childhood. He doesn't remember much of it, just that it was nothing of note. That is, until the deaths of the Del Mars. Sheltered and naive, this was the first time Colt had been exposed to such tragedy. It weathered him, aged him. If the Del Mars could be killed...could [i]his[/i] family?

Colter's anxiety and paranoia started around this time. Eager to keep up appearances, he rarely talked about it, choosing to suffer silently instead. He wanted to be a prodigy just like his sister Peony. Perhaps it was his nervous mental state, perhaps it was fate, but Colt shifted early at around 5-and-a-half months. He was promptly given a bow, as was customary in the family, and began his training.

His shaking hands made his training much harder. It was good that he had the extra time, for when Bennett shifted late, the pale brother soon surpassed Colter in skill. Colt fought to keep up, finally earning proficiency with the bow and arrow around the time of his first birthday. It was obvious that Colt struggled. In an effort to boost his confidence, Grandmother Meredith gifted him with a horse, a two-year old mare that he named Little Miss. She was somewhat trained, and Colt was tasked with taking over the rest of her training.

Much like his brother, he found a deep love for the four-legged animals, developing a passion for horses that rivaled nothing else in his life. Being around them helped with his anxiety, and he often spent time in the stables tending to them late into the night. Little Miss became his constant companion, and Colt even picked up a bit of Low Speech in order to communicate with her better.

All the while, the family received letters and correspondence from the older sisters up north. Colter was enraptured with Peony and Belinda and their escapades. But...what would become of the family if he left home? Father was getting older, who would stay to protect the family?

Bennett left home before Colter did. It came as a surprise to him, as Benny never seemed to be the traveling type. At first, Colter vowed to stay behind to care for and protect the household along with Alric. But he was still a young man, and he still longed to see the world, no matter how much it scared him. So, when he was around 20 months old, he finally left home with Little Miss, heading north to see the pack where his brother and sisters resided.