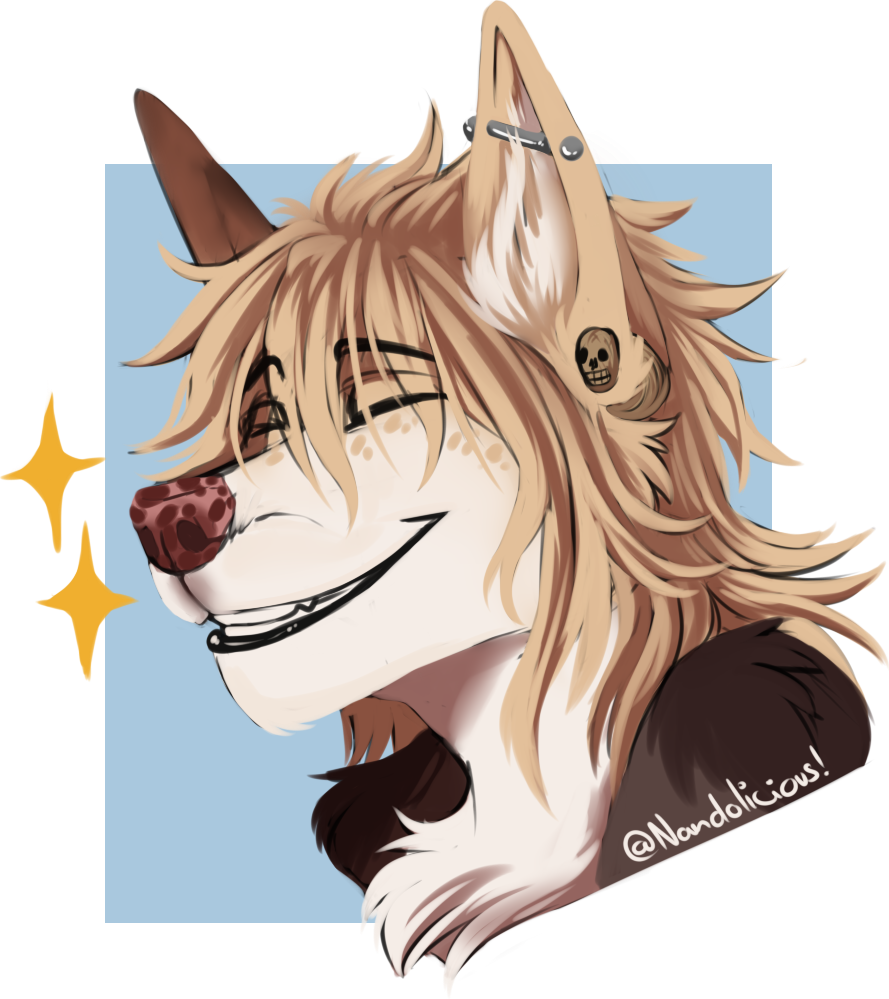 Coaxoch Baktrl Ulrich is the eldest son of Till Van Ulrich-Lykoi and Elody Lykoi. Coaxoch is a man of many secrets. He is particularly known to don an elk skull mask or a white wolf pelt cloak, & is generally very creepy in appearance. He is but a coyote hybrid, who was born and raised in Salsola, in the IV year of the rule of the Golden Tigress, Salvia Eternity.

Coaxoch is currently ranked as a Henchman in Salsola, where he holds the job of Witch. Coaxoch is an Oathsworn of The Witch Queen, Elphaba, where he serves at her side, forever and always.

Coax often starts his mornings(and ends his nights) with deep meditations and rituals in which he burns incense(and other things), hums hymns, and dances in The Blackwoods, where he makes his home as well.

Coaxoch also lives with his domestic partner, Sebastien Stone, whom helped him raise his two children, Eden de le Ulrich and Evelyn de le Ulrich. These two children were born of Coaxoch's Infernian lover, Faith de le Poer, who left the children in this world at their birth. For the first few months of their birth, Calla acted as their wetnurse, and they were also partially raised by Faith's sister, Dahlia de le Poer, up until her disappearance in early 2019.

As said previously, Coaxoch has one arm. He also only has half of a tail. While his tail being halfed does not really affect him, the fact that he only has one arm does. His arm was amputated at around 2 months of age because of an accident involving his father's ex-lover becoming jealous and fracturing his arm (beyond repair), crunching half of his tail, and completely butchering his little brother. This story was covered up as a bobcat attack, and the lie was told to all of Salsola once the boy had recovered from his injuries. These are Coaxoch's most notable features, and was often a source of criticism and pity in his youth. In his adulthood, he criticizes those who think of him as incapable of holding his own ground.

Coaxoch only found out the truth of his missing arm in recent times after his father had admitted it to him, but he still tells the lie to others because of the implications of the incident.

Outside of Salsola, Coax often uses the pseudonym, "Noct" to seem as though he is a friendly trader.

Coaxoch was given his unique name at birth and was also given a hybrid middle name of "Bakrtl" that is a mixture of three names and made up by his father, Till. "Ba" was taken from Till's uncle, Basilio Lykoi, "kr" was taken from Lokr Revlis, and the 'tl' was from Till's biological father, Cotl Ulrich, all being males that were somewhat influential in Till's life in some way or another. Artwork of these character(s) on this page is thanks to Miyuuma@DA, Skaella@FA, Nandolicious@FA, Kiri, Kite, Nina, Royalbovine@FA, Shannah, Jasmae@FA, Hydra, Dubzpixelpaws@FA, Motth@FA Jmonster, & Alaine! Base Character Concept is by Miyuuma@DA and was purchased and extended upon by Jmonster. Thank you all for your contribution(s) to bringing these character(s) to life!