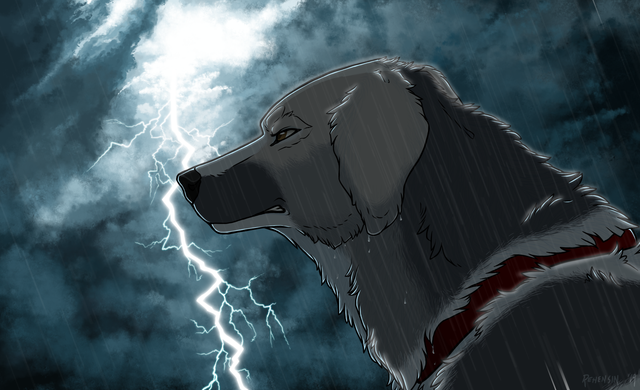 Clover is a member of Del Cenere.

Born in Concrete Jungle and neglected by an addict mother, Clover was found and adopted by Jehan de l'Or, a wandering loner whose past mirrored hers. Defensive and foul-mouthed as a necessity, Clover was reluctant to trust her "big brother" at first, but their wandering led to a deeper bond, and soon Clover found stability in Jehan's friend, Cartier Inferni, who helped provide for them.

After the Inferni and Cour des Miracles War, Clover and Jehan decided to remain with Cartier in Inferni -- a decision that not everyone agreed with. Clover was poisoned by Osprey Fleurine after a few months, though the man's treachery was punished and Clover slowly began her recovery. She acted as a defender of Inferni, tutored by Vesper, and helped to raise her "nieces and nephews," Jehan and Cartier's children.

During the Second Boreas Conflict, Clover participated in several fights. When the Inferni-Salsola War broke out, however, Clover could not protect her entire family. Cartier perished in the mansion burning, and -- disconnected, wracked with grief -- Jehan abandoned Clover and his children soon after. In spite of this Clover remained loyal to Inferni during its move. She served loyally as warrior and healer even through starvation and territory scuffles, until terrible storms and subsequent illness darkened the clan.

When Inferni disbanded and the remaining members parted ways, Clover opted to remain behind with her longtime tutor, Vesper. However, their suffering continued; following the death of friend Otilie Novak and recurring starvation, they traveled south then west. After being attacked by a pair of wolves, they were rescued and taken into The Cartel.

Clover became one of the founding members of the Del Cenere Gang, although she soon felt overly burdened by expectations -- both for herself, and how the clan should operate. She began to reconsider her place in the pack, feeling lonely despite being surrounded by others.