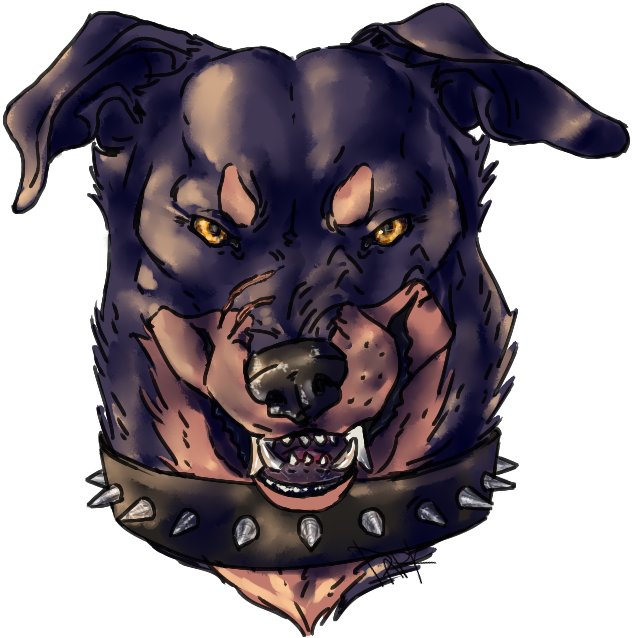 Biff Blackrust is a big ol' junkyard dog that doesn't care about nothin'. 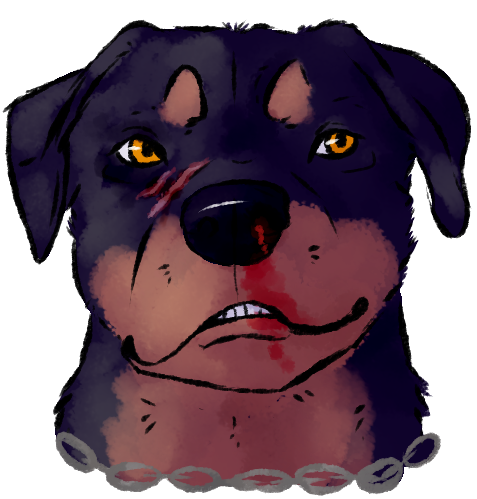 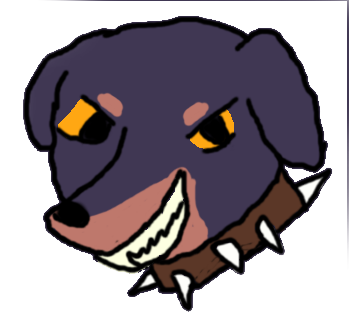 Biff's a blasé, rough, free-wheeling junkyard dog to the bone. Like Brandy, he's rowdy and loose - however, he takes it to a bit of a more extreme than her, as he doesn't share her desire to be liked or "fit in".

Biff is just as likely to make fun of someone as he is to fight them or make friends. He's not afraid to "shake up the status quo" a bit, and loves to get a rise out of people; he thinks it's funny. He does things at whims, very rarely regretting letting loose and doing what he pleases, even if it turns out to have a less-than-desirable result.

Those who meet Biff might be tempted to describe him as dumb, and Biff would probably be the first to self-deprecate and agree with that statement. However, in truth, he can be rather cunning when he wants to be, and he's surprisingly well-read - he saves his knack for tying plans together for things he cares about. Those, however, are far and few between. He'd rather live his own way, not especially caring to "learn" or "better" himself.

He can be prone to short, intense fits of concentrated rage - it's as if all the seriousness that he should be feeling in regular life were compacted into minutes-long bursts and sucked out of every *other* interaction he should probably put more care into.

Where Brandy has a soft interior contrary to her rough-and-tumble appearance, Biff really is just that - a rough junkyard dog. He loves getting into fights, and even relishes the pain a little bit; he'd hesitate to call himself a masochist, but he'd also be lying if he said he hadn't enjoyed accumulating his various scars.

Spud is a solidly built white wolfdog that Biff met while living in Amherst. He's a man of few words, although he does enjoy a good joke, and is generally good-natured when he does speak. He's generally carefree and relaxed. He helps run Biff's bar.

Biff, along with Brandy, was born on the outskirts of Boston into a rag-tag band of mongrel dogs. They grew up on the edge of the city, frequently venturing inside to scavenge and trade various items they'd find or make, and keeping on the outside to hunt or pilfer food. While Brandy scavenged and traded, Biff learned to hunt for the gang and fight off anyone who intruded on their territory or tried to "start something" within the group.

After a year of living on the streets, their misfit "family" began to dwindle in numbers until it was just Biff, Brandy, and two of the other dogs. When the remaining two dogs told Biff and Brandy of their plans to leave for a more peaceful, reliable life, the siblings left for the north, unwilling to take their chances alone on the harsh streets.