Bellatrix D'Angelo is a wolf-coyote hybrid born 01 Aug 2011. She is the daughter of Falcon D'Angelo and Celestial Nox. Raised in the coastal town of Baten Kaitos. Her mother perished shortly after birth, and she was raised primarily by her devout, but troubled Father. Stories of the lands of 'souls had been told to her father, passed down from her Grandmother Wicca de le Poer (who heard them from her Aunt Misery D'Angelo) spurred her to seek out the lands.

Bellatrix joined Salsola in November 2013. Bellatrix has thrived in the pack and serves them faithfully, though she is a touch reclusive. A long illness waylaid her from many activities in the pack, and she nearly died. She is currently a Tradesman of the pack, and spends a lot of time helping her distant cousin, Bane.

Bellatrix can often be found working at the bloomery or fishing at the Pictou Fishery. 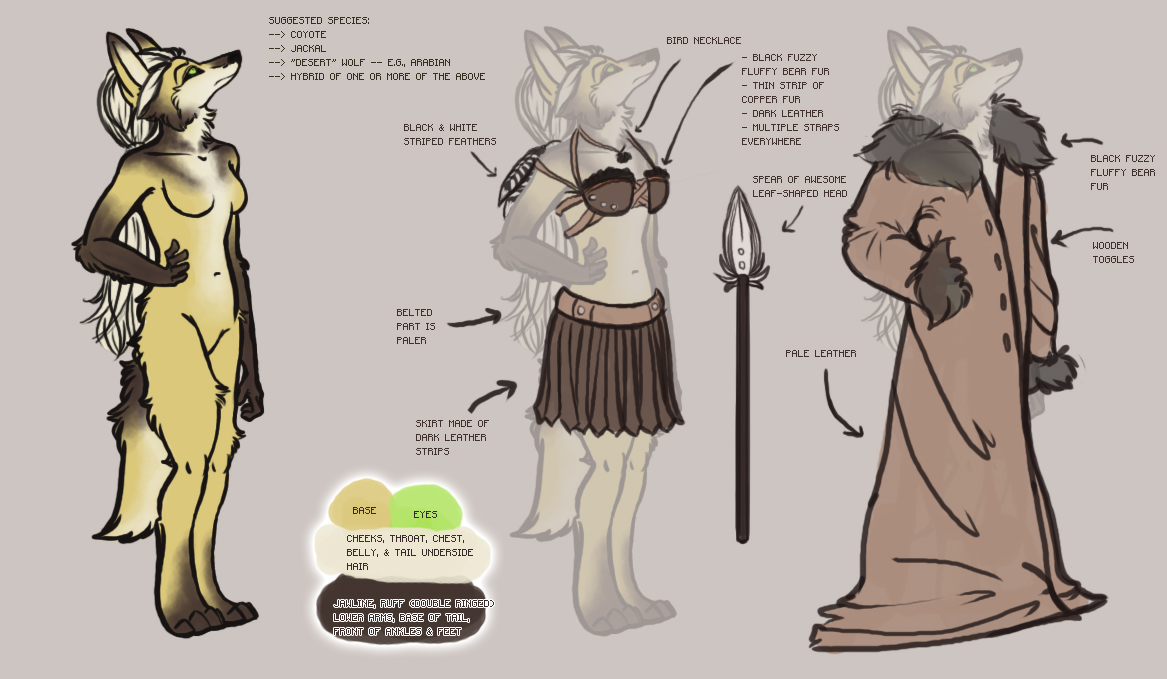 Extremely intelligent and prone to deep mood swings (she does not cope well being alone) Bellatrix is deeply passionate. Absorbed in her work, she spends much of her time crafting and taking care of her horse. She is a very helpful lady, and has taken a deep shine to her distant cousin, Bane. She feels responsible for Bane and recognizes, though Bane hides it well, just how damaged the girl is.

Bellatrix is a constant trader, and enjoys doing so. She will also offer her skills as a blacksmith and horseman for future goods or promises.