Bane D'Angelo is a daughter of the Khalif, and serves as a proud Arbiter, Curandera, and Boticario of Salsola. Born to Anguish D'Angelo and Prophet D'Angelo, she is the granddaughter of Misery D'Angelo twice over, who primarily reared her. Chosen at birth to serve as a body servant and nurse to the old crone, she worked faithfully until being caught in a compromising position with her littermate, Victory D'Angelo. Escorted from the Mountain by her uncle, War D'Angelo she arrived in Salsola on May 23rd, 2015. She became fast friends with her distant cousin, Bellatrix D'Angelo and gained acceptance to the pack through her.
The waif worked quickly to establish herself in Salsola and began work as a medic almost immediately, helping to heal the gravely injured Lokr Revlis. She faithfully serves the Queen Salvia Eternity above all others in the pack. She has brought many of her siblings into the fold of Salsola, helping to grow the pack's numbers. She owns the slave, Heine Kaiser.
In October of 2015, Bane began a courtship with the Queen's brother, Basilaris Eternity.
On January 1st, 2016, Bane's uncle War D'Angelo returned to the lands of 'souls and brought devastating news with him. 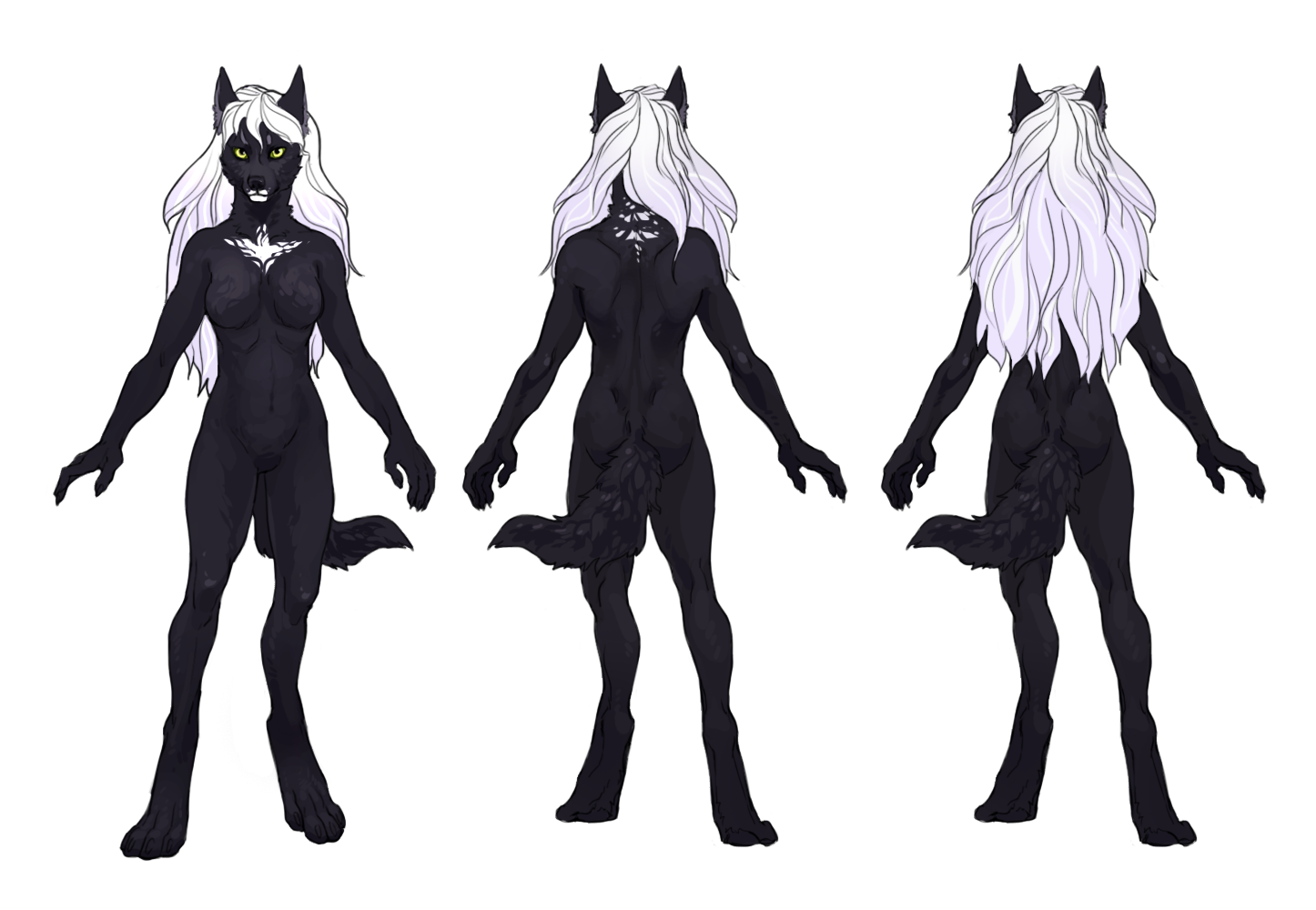 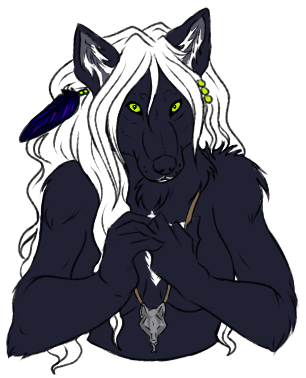 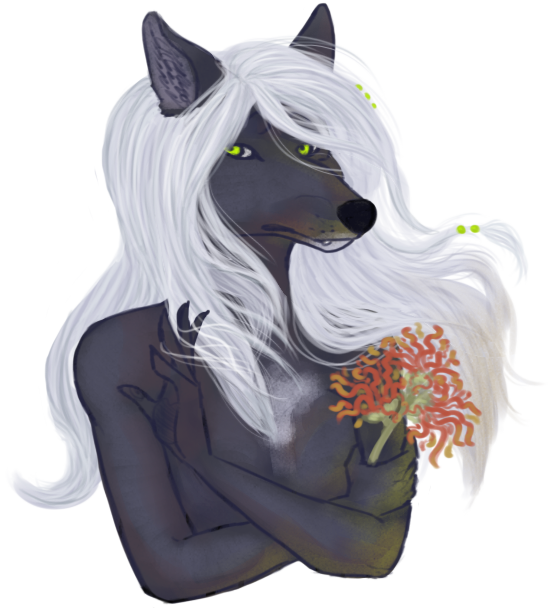 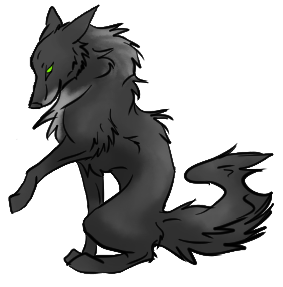 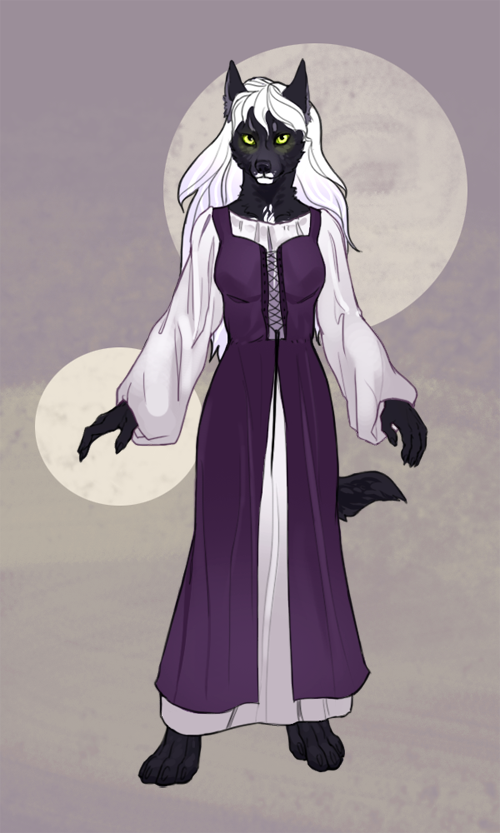 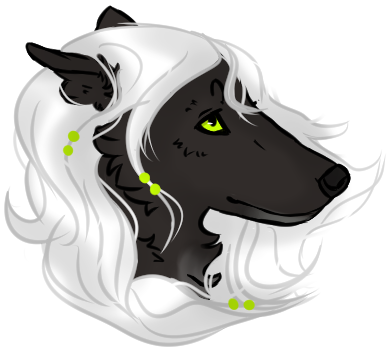 Bane is helpful above all else, always seeking to aid pretty much anyone she meets that she considers part of her 'family'. This extends to all D'Angelo's, but now that she is in Salsola, they take precedent. She is ever eager to please those above her, especially those at the top. Bane tolerates no slights towards the Boss and Lord Commander and even hinting of dislike of them or intended treachery will lead to her hastily telling them.

Bane is fanatically religious, and devoted to Khalifism. She believes she was born to Tak because of her dark fur, and that one day she will be burned alive to feed him and his wrath. She is strangely cool about this — she believes every day she's had since they sentenced her to burn on a pyre is a blessing and does not fear death. She will happily share her faith with anyone, and considers it somewhat of a mission, to tell everyone of Tak, Ankh, and Rah'khir. She will listen about other religions and incorporate some of their teachings into Khalifism, but she firmly (and privately) believes that all other religions can be explained as others just not understanding about the Khalif trio.

Bane's very good at what she does, healing, and most things relating to it. A skilled scholar, she likes telling stories (mostly faith based) and enjoys reading and writing.

Bane loves her grandmother, Misery, above all else, and is utterly devoted to the woman.