Aniki was born into a small pack of just family members. She had her father, mother, sisters and brothers, plus her uncle (her mother’s brother). Her father’s name was Amat, her mother’s name was Juniper. She had two sisters and two brothers. Kora, Aly, Jon, and Grendle. Her uncle’s name was Skye. They were a happy family, living on their own in the middle of nowhere. She speculates that her parents were a part of CdC, because before they died they told her to go there, to not just roam as a loner. They were also wonderfully advanced. Her father taught her how to ride, and her mother taught her how to fight. The first time she shifted, her father brought her to her horse, a little mare. The mare was still a filly, and she couldn’t ride her. Her father told her not to ride her, but to take care of her until the filly was old enough for her to ride her. Aniki named her Storm so that she can be as fast and strong as a storm when she grew up.

Her mother taught her all kinds of weapon use and hand-to-hand combat, but the only weapons that really stuck with her was dagger fighting. She and her mother fought with wooden daggers until she was ready to fight with live steel. Kora fought with spears, Aly fought with a sword, Grendle fought with a quarterstaff, and Jon fought with daggers as well. Aniki and Jon were the only ones who learned to ride. Grendle, Kora, and Aly focused more on fighting. Then, when she was 19 months old, Skye and Grendle died in a hunting accident. 2 months later, her family was killed by another pack. The only reason she is alive is because she wasn’t there the day her family was attacked. Her mother had sent her out scouting and mapping their territory. So she returned the next day to find her entire family dead. Instead of falling directly into grief, she took weapons and the only horse not dead, Peachblossom, and left to find this CdC pack. 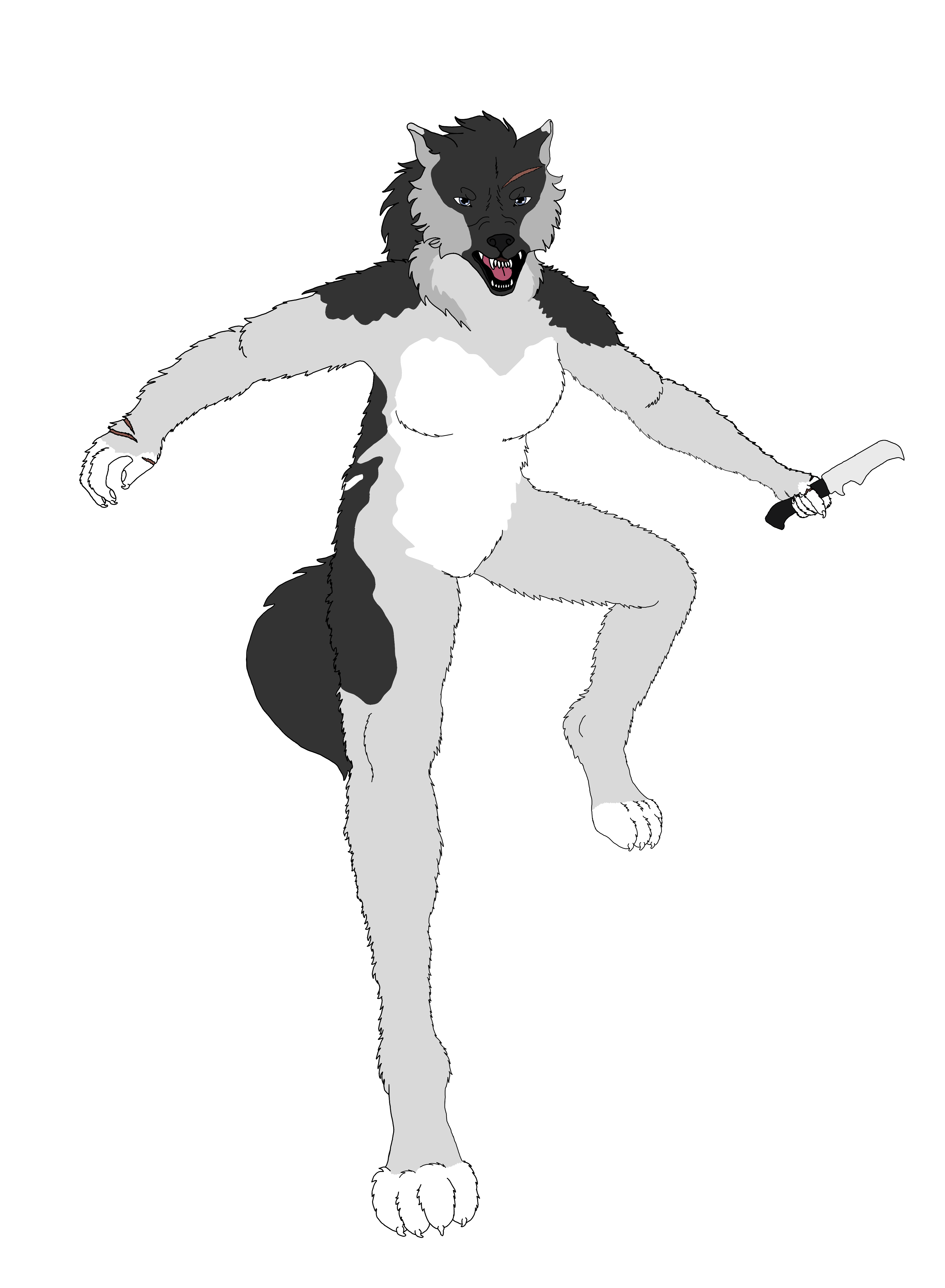