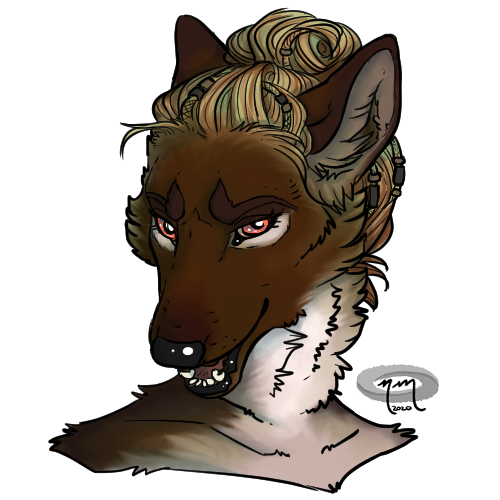 Aani is the only surviving child of Carya Aston and her unknown father Belial Massacre.

Undergoing quite the change in circumstances, in her childhood, and early adulthood, Aani makes for a very equally evil character. Originally she was beaten, and then had some very gruesome things happen to her to which led her to seek out assistance. There- she developed "demons" and is plagued by them. Upon finding Salsola Aani retreated and then came back to see Eden de le Ulrich.

Aani- having no parental instincts whatsoever- has no real motivation in really becoming or treating her children as a mother should. She has taken up her time with smoking opium, and snorting it, as well as abusing her daughters. She takes to her son and treats him with more respect than a child should even be allowed.

Settling into Salsola has become Aani's new found game, and she plays it just right, to make and break herself, and try to win the relationships within Salsola that will evidently become her downfall. 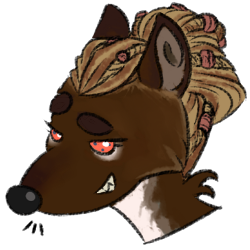 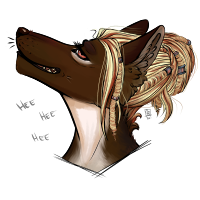 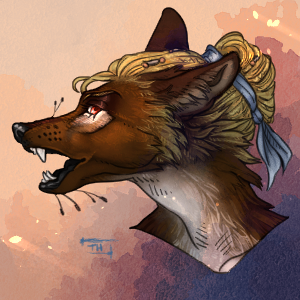 Aani is a compulsive liar, manipulative, and dangerously stealthy. Everything she does is for her own personal gain, and their is no “wrong” in her book. The woman— since coming to Salsola— has developed a knack for power, and will not stop, no matter her cost.

A good guys goes bad, type of creature. There is no silver lining, and there is no good-nature to her actual self. Her lies are so interwoven and deceitful, that sometimes it’s strange to pinpoint what is truth and fiction.

Aani’s motherly natures are nonexistent, she believes in the power of survival of the fittest, relying on her anger and fear-mongering to conquer the attentions of her children. Often times leading her to have her children “fight” for her attention. Aani is cruel, dark, and passionate about the nitty gritty details of everyone else’s lives but her own.

When she cannot be in control, she gets anxious, and will use her beauty as an advantage, or sexuality. She is a very demanding and sexual being.

Facetious at best, fear-mongering at worst. Aani is a dangerous soul to be in contact with (so she believes) and is always about what’s in it for her

Her mother Carya Aston taught her about everything to do with the Norse gods of her mother's previous life on 'Souls. She believes in everything regarding the Gods, and prays to them and will teach others. Recently she has become acquainted with the witchy things of Salsola.