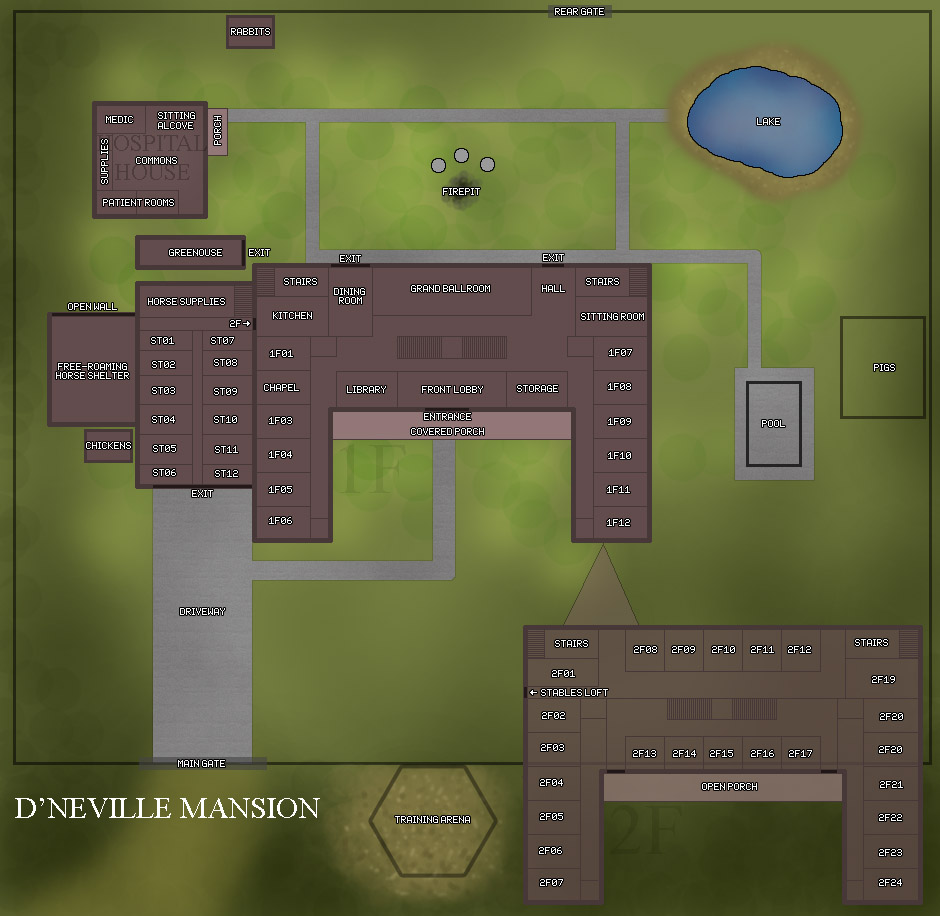 Map of the mansion prior to its destruction

Mere ruins remain of the two-story-tall D'Neville Mansion; evidence of its construction lingers only in brick, stone, and concrete that survived the fire. Much of this is overrun with weeds and other vegetation years after the mansion's destruction. Unfortunately, this overgrowth also hides what was once the mansion's basement; an unwary Luperci might find themselves toppling down into the pit.

The rear yard is a sprawling open area, with small concrete and stone paths cutting through the gardens. Small statues, most hard stone and well-suited to withstand the test of time, are scattered throughout the yard. At the center of the rear yard are three stone chairs -- once used as a meeting grounds for the clan. A small pond sits in the rearmost corner. The pool -- long since emptied -- nestles beside the west wing of the mansion, often filling up with disgusting stagnant water -- and hapless prey who become stuck and cannot scale its smooth concrete sides.

Though they too went up in flames with the mansion, the plants of the gardens eventually recover and grow anew. Honeysuckle grows virulently over much of the fencing and the garden, filling the air with a sweet smell during summer. A myriad of other flowers and plants also blossom, many leftover from when the garden was cultivated by humanity. During winter, even, the greenery does not altogether disappear. Some evergreen plants -- most notably the Bearberry, which lines much of the southwestern corner -- grow within the D'Neville's gardens.

A small cottage once rested behind the mansion, used as a hospital house by the coyotes. It eventually burned too, leaving behind little evidence of its occupation.